An Overview of Injection Molding

Feb 7, 14 • injection molding • Comments Off on An Overview of Injection Molding 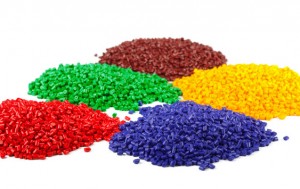 Manufacturers are constantly coming up with ways to make the cost of production lower and the quality and quantity of the product higher. A method of production that was a result of this drive is plastic injection molding. Plastic molding is a process that many manufacturers use today to create plastic pieces. It is much quicker and cost-efficient than other methods of manufacturing. It has also given manufactures and designers more options for their products.

Saving money on production is the biggest advantage of plastic injection molding. There is no cutting involved which means there is no scrap material that is wasted. Also, there is minimal finishing involved in plastic molding. Molding is also much quicker than other methods.

The mold is created and clamped. Plastic resin is then melted and injected into the mold where it is allowed to cool until it is solid. When it is sufficiently cooled, the piece in ejected from the mold. The finishing work consists of trimming off the excess plastic which is then reheated and recycled. The cycle continues with another batch of plastic resin.

Molds in plastic injection molding are also called die. Manufactures make molds with metals using machining. Designing the mold has many different variables to consider. One is letting out the trapped air as the resin is injected into the mold. Trapped air can cause defects in the finished product. Removing the mold also requires some planning on the part of designers. Plastic resin has a tendency to shrink, which has to be considered with the calculations.

There are some molds that allow for “overmolding.” This is a process in which a piece that has previously been created is inserted back into a mold so that a layer of plastic can form on or around the piece. Some molds are designed to receive two injections of plastic resin. This is often called a two-shot or multi-shot mold. A shot is the amount of resin it takes to fill the mold. An example of this is plastic pieces with plastic lettering such as keyboard keys.

The machine that clamps the mold in place as the resin is heated and formed is an injection molding machine, commonly called a press. The machines vary in their clamping force which is measured in tonnage. The range of tonnage presses can have is anywhere from less than 5 tons to almost 10,000 tons. A project that is using stiffer materials will require a machine with greater tonnage. Also, the larger the piece being made, the greater the tonnage of the press should be.

Everything from airplane to car parts are made with plastic molding. It is used in a wide range of industries as well. The ability to design a mold into the desired shape make injection molding a widely used manufacturing method for plastic parts.